Login
We pay for content
Solutions
Selection and comparison of IT productPrice calculatorROI calculatorsBonus for reference
Catalogs
ProductsDeploymentsCompaniesDEALSCategories
For VendorsBlog
B2B platform for IT buyers, vendors and suppliersCategoriesServicesDesign3D model Design 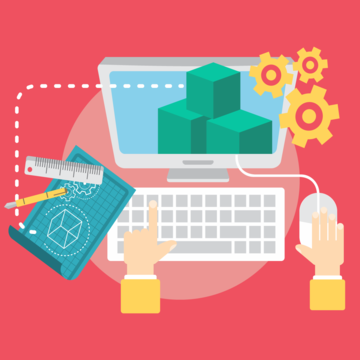 In 3D computer graphics, 3D modeling is the process of developing a mathematical representation of any surface of an object (either inanimate or living) in three dimensions via specialized software. The product is called a 3D model. Someone who works with 3D models may be referred to as a 3D artist. It can be displayed as a two-dimensional image through a process called 3D rendering or used in a computer simulation of physical phenomena. The model can also be physically created using 3D printing devices.

3D modeling can be achieved manually with specialized 3D model design software, such as computer-aided design (CAD) programs, that lets an artist create and deform polygonal surfaces or by scanning real-world objects into a set of data points that can be used to represent the object digitally.

Software to create 3D models is a class of 3D computer graphics software used to produce 3D models. Individual programs of this class are called modeling applications or modelers.

Three-dimensional (3D) models represent a physical body using a collection of points in 3D space, connected by various geometric entities such as triangles, lines, curved surfaces, etc. Being a collection of data (points and other information), 3D models can be created by hand, algorithmically (procedural modeling), or scanned. Their surfaces may be further defined with texture mapping.

Although complex mathematical formulas are at the foundation of 3D drawing software, the programs automate computation for users and have tool-based user interfaces. 3D models are an output of 3D modeling and are based on a variety of digital representations. Boundary representation (B-rep) uses mathematically defined surfaces such as cones, spheres and NURBS (non-uniform rational basis spline) which are connected by topology to accurately represent objects as water-tight volumes. B-rep models are the preferred solution for engineering, and many 3D modeling applications for the design, simulation and manufacture of consumer and industrial products are B-rep based.

Virtual 3D models can be turned into physical objects through 3D printing or traditional manufacturing processes. Models can also be converted into a static image through 3D rendering, commonly used to create photo-realistic representation for sales, marketing and eCommerce applications. 3D models can be created by the process of reverse engineering, in which 3D scanning technology is used to create digital replicas of real-world objects, including manufactured parts and assemblies, free-form models designed in clay and human anatomy. Modern 3d modeling and animation tools create and interact with a “digital twin”, which is used to develop, test, simulate and manufacture its real world counterpart as part of the product lifecycle.

3D modeling is used in a wide range of fields, including engineering, architecture, entertainment, film, special effects, game development, and commercial advertising. It is an integral part of many creative careers. Engineers and architects use it to plan and design their work. Animators and game designers rely on 3D modeling tools to bring their ideas to life. And just about every Hollywood blockbuster uses 3D modeling for special effects, to cut costs, and to speed up production. 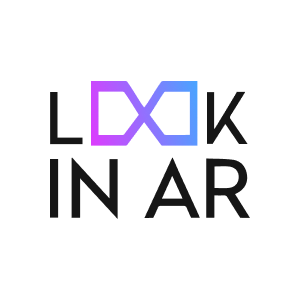 Criteria to consider when choosing between 3D software programs

There is a wide range of 3D modeling and animation software addressing different fields of activity. For instance, there is software dedicated to mechanical design, to engineering design, to civil engineering, to product design, to industrial design or to graphic design. The first thing to take into account is to select a design software targeted to your project. Each field of activity has different needs. For example, a project about the creation of jewelry does not require the same 3D object software as a project of creation of aircraft models.

Are you using a 3D drawing software for 3d printing, Laser Cutting or just for creating some digital art? Always take into account the necessities of the technology that you are designing for. Then, you can think: what is the budget to select  3D modeling programs? If you afford to, you can pay for the required subscription. Alternatively, you can use the student license or the educational license that some design suites provide. Otherwise, there is various good quality 3D modeling app and software that is available for free and is equally good as professional options. In that case, you would like to get to know the software by downloading the limitied time and/or restricted functionality version that most vendors provide.

Choose 3D design programs that are compatible with the Operating System (OS) you are using, since not all the packages are meant to be used by all OS: Windows, Mac, Linux. Last but not least, choose a 3D modeling program according to your age and level of expertise.

What Is 3D Modeling?