Login
We pay for content
Solutions
Selection and comparison of IT productPrice calculatorROI calculatorsBonus for reference
Catalogs
ProductsDeploymentsCompaniesDEALSCategories
For VendorsBlog
B2B platform for IT buyers, vendors and suppliersCategoriesServicesIT AdministrationAmazon Web Services 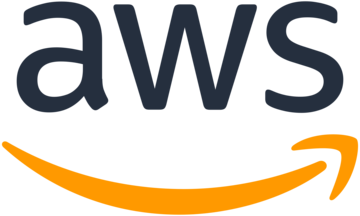 Amazon Web Services (AWS) is a subsidiary of Amazon that provides on-demand cloud computing platforms to individuals, companies and governments, on a metered pay-as-you-go basis. In aggregate, these cloud computing web services provide a set of primitive, abstract technical infrastructure and distributed computing building blocks and tools. One of these services is Amazon Elastic Compute Cloud, which allows users to have at their disposal a virtual cluster of computers, available all the time, through the Internet. AWS's version of virtual computers emulate most of the attributes of a real computer including hardware (CPU(s) & GPU(s) for processing, local/RAM memory, hard-disk/SSD storage); a choice of operating systems; networking; and pre-loaded application software such as web servers, databases, CRM, etc.

The AWS technology is implemented at server farms throughout the world, and maintained by the Amazon subsidiary. Fees are based on a combination of usage, the hardware/OS/software/networking features chosen by the subscriber, required availability, redundancy, security, and service options. Subscribers can pay for a single virtual AWS computer, a dedicated physical computer, or clusters of either. As part of the subscription agreement, Amazon provides security for subscribers' system. AWS operates from many global geographical regions including 6 in North America.

In 2017, AWS comprised more than 90 services spanning a wide range including computing, storage, networking, database, analytics, application services, deployment, management, mobile, developer tools, and tools for the Internet of Things. The most popular include Amazon Elastic Compute Cloud (EC2) and Amazon Simple Storage Service (S3). Most services are not exposed directly to end users, but instead offer functionality through APIs for developers to use in their applications. Amazon Web Services' offerings are accessed over HTTP, using the REST architectural style and SOAP protocol.

Amazon markets AWS to subscribers as a way of obtaining large scale computing capacity more quickly and cheaply than building an actual physical server farm. All services are billed based on usage, but each service measures usage in varying ways. As of 2017, AWS owns a dominant 34% of all cloud (IaaS, PaaS) while the next three competitors Microsoft, Google, and IBM have 11%, 8%, 6% respectively according to Synergy Group.

What is "Amazon Web Services" (AWS)?

With Amazon Web Services (AWS), organizations can flexibly deploy storage space and computing capacity into Amazon's data centers without having to maintain their own hardware. A big advantage is that the infrastructure covers all dimensions for cloud computing. Whether it's video sharing, high-resolution photos, print data, or text documents, AWS can deliver IT resources on-demand, over the Internet, at a cost-per-use basis. The service exists since 2006 as a wholly owned subsidiary of Amazon Inc. The idea arose from the extensive experience with Amazon.com and the own need for platforms for web services in the cloud.

What is Cloud Computing?

Cloud Computing is a service that gives you access to expert-managed technology resources. The platform in the cloud provides the infrastructure (eg computing power, storage space) that does not have to be installed and configured in contrast to the hardware you have purchased yourself. Cloud computing only pays for the resources that are used. For example, a web shop can increase its computing power in the Christmas business and book less in "weak" months.

Access is via the Internet or VPN. There are no ongoing investment costs after the initial setup, but resources such as Virtual servers, databases or storage services are charged only after they have been used.

Where is my data on Amazon AWS?

There are currently eight Amazon Data Centers (AWS Regions) in different regions of the world. For each Amazon AWS resource, only the customer can decide where to use or store it. German customers typically use the data center in Ireland, which is governed by European law.

How safe is my data on Amazon AWS?

The customer data is stored in a highly secure infrastructure. Safety measures include, but are not limited to:

Amazon AWS has appropriate certifications such as ISO27001 and has implemented a comprehensive security concept for the operation of its data center.

Do I have to worry about hardware on Amazon AWS?

No, all Amazon AWS resources are virtualized. Only Amazon takes care of the replacement and upgrade of hardware.

Normally, you will not get anything out of defective hardware because defective storage media are exchanged by Amazon and since your data is stored multiple times redundantly, there is usually no problem either.

Incidentally, if your chosen resources do not provide enough performance, you can easily get more CPU power from resources by just a few mouse clicks. You do not have to install anything new, just reboot your virtual machine or virtual database instance.