Login
We pay for content
Solutions
Selection and comparison of IT productPrice calculatorROI calculatorsBonus for reference
Catalogs
ProductsDeploymentsCompaniesDEALSCategories
For VendorsBlog
B2B platform for IT buyers, vendors and suppliersCategoriesServicesSoftware DevelopmentMobile Software DevelopmentAndroid Software Application 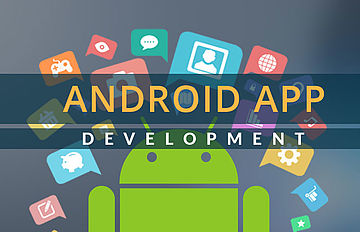 Android software development is the process by which new applications are created for devices running the Android operating system. Google states that "Android apps can be written using Kotlin, Java, and C++ languages" using the Android software development kit (SDK), while using other languages is also possible. All non-JVM languages, such as Go, JavaScript, C, C++ or assembly, need the help of JVM language code, that may be supplied by tools, likely with restricted API support. Some languages/programming tools allow cross-platform app support, i.e. for both Android and iOS. Third party tools, development environments and language support have also continued to evolve and expand since the initial SDK was released in 2008. In addition, with major business entities like Walmart, Amazon, Bank of America etc. eyeing to engage and sell through mobiles, mobile application development is witnessing a transformation.

Android was created by the Open Handset Alliance, which is led by Google. The early feedback on developing applications for the Android platform was mixed. Issues cited include bugs, lack of documentation, inadequate QA infrastructure, and no public issue-tracking system. In December 2007, MergeLab mobile startup founder Adam MacBeth stated, "Functionality is not there, is poorly documented or just doesn't work... It's clearly not ready for prime time." Despite this, Android-targeted applications began to appear the week after the platform was announced. The first publicly available application was the Snake game.

On August 18, 2008, the Android 0.9 SDK beta was released. This release provided an updated and extended API, improved development tools and an updated design for the home screen. Detailed instructions for upgrading are available to those already working with an earlier release. On September 23, 2008, the Android 1.0 SDK (Release 1) was released. According to the release notes, it included "mainly bug fixes, although some smaller features were added." It also included several API changes from the 0.9 version. Multiple versions have been released since it was developed.

On December 5, 2008, Google announced the first Android Dev Phone, a SIM-unlocked and hardware-unlocked device that is designed for advanced developers. It was a modified version of HTC's Dream phone. While developers can use regular consumer devices to test and use their applications, some developers may choose a dedicated unlocked or no-contract device.

As of July 2013, more than one million applications have been developed for Android, with over 25 billion downloads. A June 2011 research indicated that over 67% of mobile developers used the platform, at the time of publication. Android smartphone shipments are forecast to exceed 1.2 billion units in 2018 with an 85% market share.

Where does Android come from?

It comes from Google, who actually acquired Android in 2005 (no, Google didn't invent it). The search giant performs regular updates along with an annual major update.

Why does Android look different on each phone?

Android doesn't look different on every device, but it does have a number of different versions. Android is open-source, which means that manufacturers are free to customize the software and make it their own.

The 'purest' version of Android is often referred to as 'stock Android' and it's often preferred by the Android community: it's the original software as Google intended.

Other user interfaces (UI) include Samsung's TouchWiz, Sony's Xperia, and Huawei's Emotion. See what they all look like in our Android UI comparison.

What are the advantages of Android?

Choice. For example, if you want iOS, you have a choice of iPhone, iPhone or iPhone. If you go for Android there are stacks of great devices to choose from, from cheap and cheerful handsets to really impressive flagships. Those flagships are often cheaper than the equivalent Apple devices, too.

Android’s choice isn’t just about hardware. It’s about everything else too. Android is incredibly easy to customize, both in terms of how it looks and how it works, and the various app stores aren’t as tightly controlled as its rivals’ stores, like Apple.

What’s with the candy names?

Each new version of Android gets a code name based on consecutive letters of the alphabet. The most recent version is known as Marshmallow because it is the Android M release. Previous versions have included Lollipop, KitKat, Jelly Bean and Gingerbread.

What’s the best thing about Android?

Options, many options. With Android, you have hundreds of gadgets at your disposal, the cheapest, the most expensive and innovative market. Android is also incredibly customizable, both in their roles, as in his appearance. You can really make a unique mobile experience for yourself with this OS.

What’s the worst thing about Android?

Getting updates. In many cases, manufacturers don’t seem to care about providing software updates for devices they’ve already sold you. Even when they do provide updates they take their sweet time about it. That’s why some consider rooting: you can download the updates yourself and apply them instead of waiting for the manufacturer to get around to it.