Login
We pay for content
Solutions
Selection and comparison of IT productPrice calculatorROI calculatorsBonus for reference
Catalogs
ProductsDeploymentsCompaniesDEALSCategories
For VendorsBlog
B2B platform for IT buyers, vendors and suppliersCategoriesSoftwareApplications Development & DeploymentQuality and Life-Cycle ToolsAutomated Software Quality Tools

Some software testing tasks, such as extensive low-level interface regression testing, can be laborious and time-consuming to do manually. In addition, a manual approach might not always be effective in finding certain classes of defects. Test automation offers a possibility to perform these types of testing effectively. Once automated tests have been developed, they can be run quickly and repeatedly. Many times, this can be a cost-effective method for regression testing of software products that have a long maintenance life. Even minor patches over the lifetime of the application can cause existing features to break which were working at an earlier point in time.

There are many approaches to test automation, however below are the general approaches used widely:

In automated testing the test engineer or software quality assurance person must have software coding ability, since the test cases are written in the form of source code which, when run, produce output according to the assertions that are a part of it. Some test automation tools allow for test authoring to be done by keywords instead of coding, which do not require programming.

One way to generate test cases automatically is model-based testing through use of a model of the system for test case generation, but research continues into a variety of alternative methodologies for doing so. In some cases, the model-based approach enables non-technical users to create automated business test cases in plain English so that no programming of any kind is needed in order to configure them for multiple operating systems, browsers, and smart devices.

What to automate, when to automate, or even whether one really needs automation are crucial decisions which the testing (or development) team must make. A multi-vocal literature review of 52 practitioner and 26 academic sources found that five main factors to consider in test automation decision are: 1) System Under Test (SUT), 2) the types and numbers of tests, 3) test-tool, 4) human and organizational topics, and 5) cross-cutting factors. The most frequent individual factors identified in the study were: need for regression testing, economic factors, and maturity of SUT. 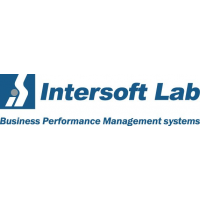 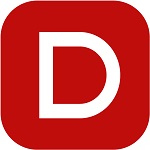 A growing trend in software development is the use of unit testing frameworks such as the xUnit frameworks (for example, JUnit and NUnit) that allow the execution of unit tests to determine whether various sections of the code are acting as expected under various circumstances. Test cases describe tests that need to be run on the program to verify that the program runs as expected.

Test automation mostly using unit testing is a key feature of extreme programming and agile software development, where it is known as test-driven development (TDD) or test-first development. Unit tests can be written to define the functionality before the code is written. However, these unit tests evolve and are extended as coding progresses, issues are discovered and the code is subjected to refactoring. Only when all the tests for all the demanded features pass is the code considered complete. Proponents argue that it produces software that is both more reliable and less costly than code that is tested by manual exploration. It is considered more reliable because the code coverage is better, and because it is run constantly during development rather than once at the end of a waterfall development cycle. The developer discovers defects immediately upon making a change, when it is least expensive to fix. Finally, code refactoring is safer when unit testing is used; transforming the code into a simpler form with less code duplication, but equivalent behavior, is much less likely to introduce new defects when the refactored code is covered by unit tests.

Many test automation tools provide record and playback features that allow users to interactively record user actions and replay them back any number of times, comparing actual results to those expected. The advantage of this approach is that it requires little or no software development. This approach can be applied to any application that has a graphical user interface. However, reliance on these features poses major reliability and maintainability problems. Relabelling a button or moving it to another part of the window may require the test to be re-recorded. Record and playback also often adds irrelevant activities or incorrectly records some activities.

A variation on this type of tool is for testing of web sites. Here, the "interface" is the web page. However, such a framework utilizes entirely different techniques because it is rendering HTML and listening to DOM Events instead of operating system events. Headless browsers or solutions based on Selenium Web Driver are normally used for this purpose.

Another variation of this type of test automation tool is for testing mobile applications. This is very useful given the number of different sizes, resolutions, and operating systems used on mobile phones. For this variation, a framework is used in order to instantiate actions on the mobile device and to gather results of the actions.

Another variation is script-less test automation that does not use record and playback, but instead builds a model of the application and then enables the tester to create test cases by simply inserting test parameters and conditions, which requires no scripting skills.

API testing is also being widely used by software testers due to the difficulty of creating and maintaining GUI-based automation testing. It involves directly testing APIs as part of integration testing, to determine if they meet expectations for functionality, reliability, performance, and security. Since APIs lack a GUI, API testing is performed at the message layer. API testing is considered critical when an API serves as the primary interface to application logic since GUI tests can be difficult to maintain with the short release cycles and frequent changes commonly used with agile software development and DevOps.

Continuous testing is the process of executing automated tests as part of the software delivery pipeline to obtain immediate feedback on the business risks associated with a software release candidate. For Continuous Testing, the scope of testing extends from validating bottom-up requirements or user stories to assessing the system requirements associated with overarching business goals.