Login
We pay for content
Solutions
Selection and comparison of IT productPrice calculatorROI calculatorsBonus for reference
Catalogs
ProductsDeploymentsCompaniesDEALSCategories
For VendorsBlog
B2B platform for IT buyers, vendors and suppliersCategoriesServicesSoftware DevelopmentWeb DevelopmentCSS Development 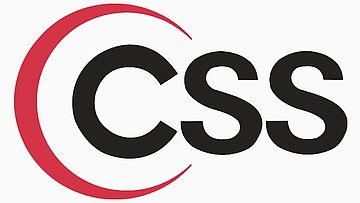 Cascading Style Sheets (CSS) is a style sheet language used for describing the presentation of a document written in a markup language like HTML. CSS is a cornerstone technology of the World Wide Web, alongside HTML and JavaScript.

CSS is designed to enable the separation of presentation and content, including layout, colors, and fonts. This separation can improve content accessibility, provide more flexibility and control in the specification of presentation characteristics, enable multiple web pages to share formatting by specifying the relevant CSS in a separate .css file, and reduce complexity and repetition in the structural content.

Separation of formatting and content also makes it feasible to present the same markup page in different styles for different rendering methods, such as on-screen, in print, by voice (via speech-based browser or screen reader), and on Braille-based tactile devices. CSS also has rules for alternate formatting if the content is accessed on a mobile device.

The CSS specifications are maintained by the World Wide Web Consortium (W3C). Internet media type (MIME type) text/css is registered for use with CSS by RFC 2318 (March 1998). The W3C operates a free CSS validation service for CSS documents.

In addition to HTML, other markup languages support the use of CSS including XHTML, plain XML, SVG, and XUL.

Before CSS, nearly all presentational attributes of HTML documents were contained within the HTML markup. All font colors, background styles, element alignments, borders and sizes had to be explicitly described, often repeatedly, within the HTML. CSS lets authors move much of that information to another file, the style sheet, resulting in considerably simpler HTML.

The most popular products in category CSS Development All category products

Which is better: plain HTML or HTML with CSS?

Many site developers wonder why you need CSS if you can use plain HTML. Most likely, they only know the development of the site and have a number of gaps in knowledge. The bottom line is that HTML is used to structure the content of a page. And CSS allows you to format this content, make it more attractive to users.

When the World Wide Web was created, the developers used only one language - HTML. It was used as a means of outputting structured text. The author had scant functional at his disposal. The maximum that could be done - to designate the title, select the paragraph. Tags were not enough.

In connection with the development of the Internet, the base of HTML language tags was expanded to allow the appearance of documents to be adjusted. At the same time, the structure remained unchanged.

Structuring tags, for example <table>, began to spread. It was they who were more often chosen to design the pages instead of the structure itself. Some browsers offered their own tags, which only they could reproduce.

To correct the situation and create a single database of tags for formatting was created CSS. He allowed refusing to bind tags to browsers.

The emergence and development of CSS have made the development of web resources more efficient and effective. Now it’s much easier and more convenient to control the design. Also, using CSS, we managed to reduce the code of the pages, their size. This had a positive impact on the download speed, the indexing also began to pass faster. The use of an adaptive approach allowed us to make a breakthrough in the field of mobile versions of Internet resources.

To improve the website promotion, experts recommend placing the CSS style sheets in a separate document so as not to increase the amount of code. You can create one or more such files.

Previously, search engines could not read style sheets, which made it possible to use them in black SEO, for example, to create invisible texts. Now it is better to abandon the use of CSS for other purposes.

CSS has several advantages and allows you to improve the site, making it more attractive to visitors. However, it is important to correctly register all the elements.