Login
We pay for content
Solutions
Selection and comparison of IT productPrice calculatorROI calculatorsBonus for reference
Catalogs
ProductsDeploymentsCompaniesDEALSCategories
For VendorsBlog
B2B platform for IT buyers, vendors and suppliersCategories
Data Protection and Recovery Software 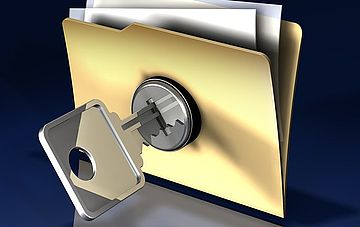 Data protection and recovery software provide data backup, integrity and security for data backups and it enables timely, reliable and secure backup of data from a host device to destination device. Recently, Data Protection and Recovery Software market are disrupted by innovative technologies such as server virtualization, disk-based backup, and cloud services where emerging players are playing an important role. Tier one players such as IBM, Hewlett Packard Enterprise, EMC Corporation, Symantec Corporation and Microsoft Corporation are also moving towards these technologies through partnerships and acquisitions.

The major factor driving data protection and recovery software market is the high adoption of cloud-based services and technologies. Many organizations are moving towards the cloud to reduce their operational expenses and to provide real-time access to their employees. However, increased usage of the cloud has increased the risk of data loss and data theft and unauthorized access to confidential information, which increases the demand for data protection and recovery solution suites.

Compare of products in the category Data Protection and Recovery Software

What is Data recovery?

Data recovery is a process of salvaging (retrieving) inaccessible, lost, corrupted, damaged or formatted data from secondary storage, removable media or files, when the data stored in them cannot be accessed in a normal way. The data is most often salvaged from storage media such as internal or external hard disk drives (HDDs), solid-state drives (SSDs), USB flash drives, magnetic tapes, CDs, DVDs, RAID subsystems, and other electronic devices. Recovery may be required due to physical damage to the storage devices or logical damage to the file system that prevents it from being mounted by the host operating system (OS).

The most common data recovery scenario involves an operating system failure, malfunction of a storage device, logical failure of storage devices, accidental damage or deletion, etc. (typically, on a single-drive, single-partition, single-OS system), in which case the ultimate goal is simply to copy all important files from the damaged media to another new drive. This can be easily accomplished using a Live CD or DVD by booting directly from a ROM instead of the corrupted drive in question. Many Live CDs or DVDs provide a means to mount the system drive and backup drives or removable media, and to move the files from the system drive to the backup media with a file manager or optical disc authoring software. Such cases can often be mitigated by disk partitioning and consistently storing valuable data files (or copies of them) on a different partition from the replaceable OS system files.

Another scenario involves a drive-level failure, such as a compromised file system or drive partition, or a hard disk drive failure. In any of these cases, the data is not easily read from the media devices. Depending on the situation, solutions involve repairing the logical file system, partition table or master boot record, or updating the firmware or drive recovery techniques ranging from software-based recovery of corrupted data, hardware- and software-based recovery of damaged service areas (also known as the hard disk drive's "firmware"), to hardware replacement on a physically damaged drive which allows for extraction of data to a new drive. If a drive recovery is necessary, the drive itself has typically failed permanently, and the focus is rather on a one-time recovery, salvaging whatever data can be read.

In a third scenario, files have been accidentally "deleted" from a storage medium by the users. Typically, the contents of deleted files are not removed immediately from the physical drive; instead, references to them in the directory structure are removed, and thereafter space the deleted data occupy is made available for later data overwriting. In the mind of end users, deleted files cannot be discoverable through a standard file manager, but the deleted data still technically exists on the physical drive. In the meantime, the original file contents remain, often in a number of disconnected fragments, and may be recoverable if not overwritten by other data files.

What is a backup?

A backup, or data backup, or the process of backing up, refers to the copying into an archive file of computer data that is already in secondary storage—so that it may be used to restore the original after a data loss event. The verb form is "back up" (a phrasal verb), whereas the noun and adjective form is "backup".

Backups have two distinct purposes. The primary purpose is to recover data after its loss, be it by data deletion or corruption. Data loss can be a common experience of computer users; a 2008 survey found that 66% of respondents had lost files on their home PC. The secondary purpose of backups is to recover data from an earlier time, according to a user-defined data retention policy, typically configured within a backup application for how long copies of data are required. Though backups represent a simple form of disaster recovery and should be part of any disaster recovery plan, backups by themselves should not be considered a complete disaster recovery plan. One reason for this is that not all backup systems are able to reconstitute a computer system or other complex configuration such as a computer cluster, active directory server, or database server by simply restoring data from a backup.

Since a backup system contains at least one copy of all data considered worth saving, the data storage requirements can be significant. Organizing this storage space and managing the backup process can be a complicated undertaking. A data repository model may be used to provide structure to the storage. Nowadays, there are many different types of data storage devices that are useful for making backups. There are also many different ways in which these devices can be arranged to provide geographic redundancy, data security, and portability.

Before data are sent to their storage locations, they are selected, extracted, and manipulated. Many different techniques have been developed to optimize the backup procedure. These include optimizations for dealing with open files and live data sources as well as compression, encryption, and de-duplication, among others. Every backup scheme should include dry runs that validate the reliability of the data being backed up. It is important to recognize the limitations and human factors involved in any backup scheme.