Login
We pay for content
Solutions
Selection and comparison of IT productPrice calculatorROI calculatorsBonus for reference
Catalogs
ProductsDeploymentsCompaniesDEALSCategories
For VendorsBlog
B2B platform for IT buyers, vendors and suppliersCategories
E-government 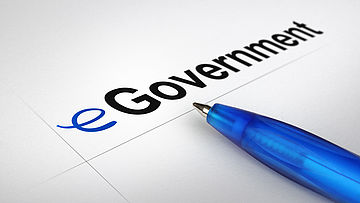 E-government (short for electronic government) is the use of electronic communications devices, such as computers and the Internet to provide public services to citizens and other persons in a country or region. According to Jeong, 2007 the term consists of the digital interactions between a citizen and their government (C2G), between governments and other government agencies (G2G), between government and citizens (G2C), between government and employees (G2E), and between government and businesses/commerces (G2B). E-government delivery models can be broken down into the following categories: This interaction consists of citizens communicating with all levels of government (city, state/province, national, and international), facilitating citizen involvement in governance using information and communication technology (ICT) (such as computers and websites) and business process re-engineering (BPR). Brabham and Guth (2017) interviewed the third party designers of e-government tools in North America about the ideals of user interaction that they build into their technologies, which include progressive values, ubiquitous participation, geolocation, and education of the public.

Other definitions are more away from technology as an object, to see them simply as facilitators or instruments and focus on specific changes in Public Administration issues, and in the internal transformation of a Government, is the case of the definition that established the specialist technologist Mauro D. Ríos in the paper "In search of a definition of Electronic Government", he says: "Digital Government is a new way of organization and management of public affairs, introducing positive transformational processes in management and the structure itself of the organization chart, adding value to the procedures and services provided, all through the introduction and continued appropriation of information and communication technologies as a facilitator of these transformations."

The most popular products in category E-government All category products

E-government refers to the use of information technology by government agencies (such as global networks, the Internet, and mobile computers) to transform relationships with citizens, businesses, visitors, and the government for:

What is open data?

Open data - information about the activities of state bodies and local governments, placed on the Internet in the form of data files in a format that ensures their automatic processing for reuse without a prior change by a person (machine-readable format), and on the terms of its free (free) use.

Electronic government of the Astrakhan region