Login
We pay for content
Solutions
Selection and comparison of IT productPrice calculatorROI calculatorsBonus for reference
Catalogs
ProductsDeploymentsCompaniesDEALSCategories
For VendorsBlog
B2B platform for IT buyers, vendors and suppliersCategories
IDE - Integrated Development Environment 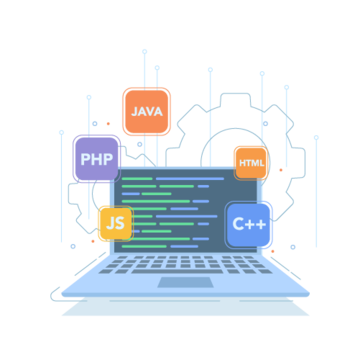 An integrated development environment (IDE) software is a suite that consolidates basic tools required to write and test software.

Developers use numerous tools throughout software code creation, building and testing. Development tools often include text editors, code libraries, compilers and test platforms. Without an IDE, a developer must select, deploy, integrate and manage all of these tools separately. An IDE brings many of those development-related tools together as a single framework, application or service. The integrated toolset is designed to simplify software development and can identify and minimize coding mistakes and typos.

Some IDEs are open source, while others are commercial offerings. An IDE can be a standalone application or it can be part of a larger package.

Text editor. Virtually every integrated programming environment will have a text editor designed to write and manipulate source code. Some tools may have visual components to drag and drop front-end components, but most have a simple interface with language-specific syntax highlighting.

Debugger. Debugging tools assist users in identifying and remedying errors within source code. They often simulate real-world scenarios to test functionality and performance. Programmers and software engineers can usually test the various segments of code and identify errors before the application is released.

Compiler. Compilers are components that translate programming language into a form machines can process, such as binary code. The machine code is analyzed to ensure its accuracy. The compiler then parses and optimizes the code to optimize performance.

Integrations and plugins. With the name integrated development environment software, it is no surprise that integrations need to be considered when looking at IDEs. Your integrated software environment is your development portal, so being able to incorporate all your other development tools will improve development workflows and productivity. Poor integrations can cause numerous issues and lead to many headaches, so make sure you understand how well a potential IDE fits into your ecosystem of existing tools.

An integrated development environment can improve the productivity of software developers thanks to fast setup and standardization across tools. Without an IDE, developers spend time deciding what tools to use for various tasks, configuring the tools and learning how to use them. Many or even all of the necessary dev-test tools are included in one integrated development environment. IDEs are also designed with all their tools under one user interface.

Centralizing these tools also makes it easier to navigate the source code in question. Many include additional capabilities to test, organize and refactor code. Additional features such as autocomplete, along with build and deployment capabilities, significantly expand a developer’s capabilities and improve their development speed.

Improved organization and source code management can reduce errors as well as development time. Users can fine-tune applications after builds are completed. They can often save versions of a project in case they need to revert a program.

Eventually, teams use their integrated version control system to check in and out components of the program from their code repository. At the end, once all programs are fine-tuned and the application performs its desired functions, the project can be packaged and deployed from either the IDE or another integrated tool.

Developers must match the IDE they use with the type of application they want to produce. For example, if a developer wants to create an application on iOS, then they need an IDE that supports Apple's Swift programming language. Types of IDEs range from web-based and cloud-based to mobile, language-specific or multi-language.

Increasingly, IDEs are offered on a platform as a service (PaaS) delivery model. The benefits of this cloud-based integrated development platform include accessibility to software development tools from anywhere in the world, from any compatible device; minimal to nonexistent download and installation requirements; and ease of collaboration among geographically dispersed developers. Cloud9 is an IDE from AWS that supports up to 40 languages including C, C++, Python, Ruby and JavaScript. Cloud9 gives users code completion, an image editor and a debugger, as well as other features such as support for deployment to Microsoft Azure and Heroku (which is a cloud-based PaaS IDE).

An IDE for mobile development normally works with code that runs on iOS or Android devices. Xamarin is an example of a cross-platform mobile IDE, which means it can create code for multiple mobile platform types. For example, a developer can write a feature in C and Xamarin translates it into Swift for iOS and Java for Android. Additionally, Xamarin offers UI tests and it can distribute beta tests to users.

IDEs such as C-Free -- which supports a code editor, debugger and an environment to run C and C++ code -- are language specific. Other IDEs support multiple languages, such as previously mentioned Cloud9 and Visual Studio Code. More popular IDE tools include NetBeans, Eclipse and IntelliJ IDEA.

What is an IDE (Integrated Development Environment)?