Login
We pay for content
Solutions
Selection and comparison of IT productPrice calculatorROI calculatorsBonus for reference
Catalogs
ProductsDeploymentsCompaniesDEALSCategories
For VendorsBlog
B2B platform for IT buyers, vendors and suppliersCategoriesServicesSoftware DevelopmentCustom Software DevelopmentJava Development 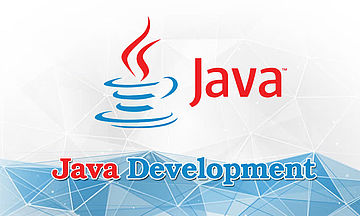 Java is a general-purpose programming language that is class-based, object-oriented, and designed to have as few implementation dependencies as possible. It is intended to let application developers write once, run anywhere (WORA), meaning that compiled Java code can run on all platforms that support Java without the need for recompilation. Java applications are typically compiled to bytecode that can run on any Java virtual machine (JVM) regardless of the underlying computer architecture. The syntax of Java is similar to C and C++, but it has fewer low-level facilities than either of them. As of 2019, Java was one of the most popular programming languages in use according to GitHub, particularly for client-server web applications, with a reported 9 million developers.

Java was originally developed by James Gosling at Sun Microsystems (which has since been acquired by Oracle) and released in 1995 as a core component of Sun Microsystems' Java platform. The original and reference implementation Java compilers, virtual machines, and class libraries were originally released by Sun under proprietary licenses. As of May 2007, in compliance with the specifications of the Java Community Process, Sun had relicensed most of its Java technologies under the GNU General Public License. Meanwhile, others have developed alternative implementations of these Sun technologies, such as the GNU Compiler for Java (bytecode compiler), GNU Classpath (standard libraries), and IcedTea-Web (browser plugin for applets).

The latest versions are Java 13, released in September 2019, and Java 11, a currently supported long-term support (LTS) version, released on September 25, 2018; Oracle released for the legacy Java 8 LTS the last free public update in January 2019 for commercial use, while it will otherwise still support Java 8 with public updates for personal use up to at least December 2020. Oracle (and others) highly recommend uninstalling older versions of Java because of serious risks due to unresolved security issues. Since Java 9 (and 10 and 12) is no longer supported, Oracle advises its users to immediately transition to the latest version (currently Java 13) or an LTS release.

The most popular products in category Java Development All category products

What is Java technology and what is its application?

Java is a programming language and computing platform that was first launched by Sun Microsystems in 1995. There are many applications and websites that do not work when Java is not installed, and the number of such websites and applications is increasing every day. Java is fast, highly secure, and reliable. From laptops to data centers, from game consoles to supercomputers used for scientific research, from cell phones to the Internet - Java is everywhere!

What is the performance of Java?

Programs written in Java have a reputation for being slower and taking up more RAM than those written in C. Nevertheless, the speed of execution of programs written in Java has been significantly improved with the release of the so-called JIT compiler in 1997-1998. in version 1.1, in addition to other language features to support better code analysis (such as inner classes, StringBuffer class, simplified logic calculations, and so on). In addition, the Java virtual machine was optimized - since 2000, the HotSpot virtual machine has been used for this. As of February 2012, Java 7 code is approximately 1.8 times slower than C code.

Some platforms offer hardware runtime support for Java. For example, microcontrollers that run Java code on hardware instead of software JVMs, as well as ARM-based processors that support Java bytecode through the Jazelle option.

What are the main features of Java?

What is Java technology and what is its application?