Login
We pay for content
Solutions
Selection and comparison of IT productPrice calculatorROI calculatorsBonus for reference
Catalogs
ProductsDeploymentsCompaniesDEALSCategories
For VendorsBlog
B2B platform for IT buyers, vendors and suppliersCategoriesServicesSoftware DevelopmentWeb DevelopmentJavaScript development 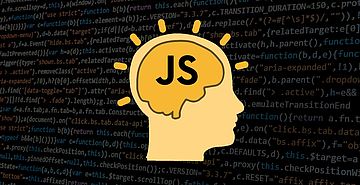 Alongside HTML and CSS, JavaScript is one of the core technologies of the World Wide Web. JavaScript enables interactive web pages and is an essential part of web applications. The vast majority of websites use it, and major web browsers have a dedicated JavaScript engine to execute it.

As a multi-paradigm language, JavaScript supports event-driven, functional, and imperative (including object-oriented and prototype-based) programming styles. It has APIs for working with text, arrays, dates, regular expressions, and the DOM, but the language itself does not include any I/O, such as networking, storage, or graphics facilities. It relies upon the host environment in which it is embedded to provide these features.

Initially only implemented client-side in web browsers, JavaScript engines are now embedded in many other types of host software, including server-side in web servers and databases, and in non-web programs such as word processors and PDF software, and in runtime environments that make JavaScript available for writing mobile and desktop applications, including desktop widgets.

The terms Vanilla JavaScript and Vanilla JS refer to JavaScript not extended by any frameworks or additional libraries. Scripts written in Vanilla JS are plain JavaScript code.

Although there are similarities between JavaScript and Java, including language name, syntax, and respective standard libraries, the two languages are distinct and differ greatly in design. JavaScript was influenced by programming languages such as Self and Scheme. The JSON serialization format, used to store data structures in files or transmit them across networks, is based on JavaScript.

"JavaScript" is a trademark of Oracle Corporation in the United States. It is used under license for technology invented and implemented by Netscape Communications and current entities such as the Mozilla Foundation.

The most popular products in category JavaScript development All category products

JavaScript is a client-side as well as a server-side scripting language that can be inserted into HTML pages and is understood by web browsers. JavaScript is also an Object-based Programming language.

What are the differences between Java and JavaScript?

Do I have to buy JavaScript?

No--there is nothing to buy. The JavaScript interpreter is included in all major Internet Browsers--so as long as you have an Internet Browser, you're all set. JavaScript source files are written using an ordinary text editor, such as Notepad.

JScript is Microsoft's version of Netscape's JavaScript. Each Internet Browser vendor creates their own version of what is collectively known as JavaScript---however, the latest versions of these browsers are moving towards the ECMA Script standard.

What are the features of JavaScript?