Login
We pay for content
Solutions
Selection and comparison of IT productPrice calculatorROI calculatorsBonus for reference
Catalogs
ProductsDeploymentsCompaniesAgreementsCategories
For VendorsBlog
B2B platform for IT buyers, vendors and suppliersCategories
Joomla Development 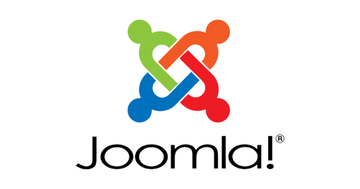 Joomla is a free and open-source content management system (CMS) for publishing web content, developed by Open Source Matters, Inc. It is built on a model–view–controller web application framework that can be used independently of the CMS.

Over 8,000 free and commercial extensions are available from the official Joomla Extensions Directory, and more are available from other sources. As of 2019, it was estimated to be the fourth most used content management system on the Internet, after WordPress and Drupal.

Joomla has thousands of verified third party extensions which can be found on the Joomla Extensions Directory - extensions.joomla.org. There are also thousands of high end templates available, many of which are free. Paid templates are also available and come with support. Many templates provide a graphical user interface which allow you to change colors, fonts, layouts and features. Joomla has SEO tools built in. Includes Metadata and Keywords, Mod_rewrite support for SEF URLs and Menu creation for clear and consistent sitemaps.

The most popular products in category Joomla Development All category products

Joomla has been on the web since 2005 and has gained a massive number of users; over 50 million downloads according to www.joomla.org. It makes this CMS (content management system) the second most popular after WordPress.

What are the key features of Joomla?

Responsive. Responsiveness is a “must have” for any up-to-date website. You, as well as almost every other Internet user today, expect the website to scale gracefully to any screen resolution and that is what Joomla is totally capable of doing.

Mobile devices, desktops, tablets - your website is not going to look “broken” on any of them.

Multilingual. Do you operate in a non-English market? No problemo. Localizing the Joomla engine to your language is easier than it is with most of its competitors in the CMS world.

There are almost 70 language packs in Joomla which are just several clicks away from being installed and used.

Even if a theme you use has some words that aren’t translatable with the language pack, you can translate the rest of them in a language override tool. This is great because in some other popular CMSs you’d need to go to your server and operate in the theme’s files directly.

Easy to update. Joomla is one of the most frequently updated engines and that’s a good thing because the Joomla developer’s team brings us new features and new useful functions each time.

What is even better, you can apply the update in two-three clicks from your admin panel. I can’t stress this point enough!

Well Supported. Joomla is an open-source platform, which enables anyone to contribute on a volunteer basis.

The downside to it is the fact that you can’t get on live chat or call someone from Joomla to get a free consultation for your site.

What makes Joomla stand out?

Joomla Media Manager is a tool that allows you to operate your media files in your Joomla admin panel. Media Manager in Joomla is one of the most intuitive and easy to use among similar tools.

Unlike other CMS systems, you can easily create new folders on your server and upload files there. It would require going to FTP or Cpanel in most other CMSs.

Joomla is well prepared for being a corporate site that has numerous users with different roles and capabilities. Joomla contact manager enables you to create users in different departments and categories.

Even though I’ve heard customers saying Joomla has a longer learning curve, compared to WordPress, it’s so worth it, because with Joomla comes greater flexibility and content combining possibilities.

Joomla has one of the most powerful extension databases among both CMS and eCommerce platforms.
You can find a plugin or module to do almost anything. What is remarkable regarding Joomla extensions - a lot of great plugins and modules are free, while most paid ones come with a free lite version and there is the possibility to upgrade to a premium version whenever you decide to do so.

I left it till the very end of the guide as it’s my favorite one. That’s what bugs me about WordPress and what cheers me up when working with Joomla - there is no need to go to the admin panel to edit some piece of content.

If you enabled front-end editing of your site, there will be a gear wheel next to any module and by clicking on it you’ll be able to make changes on the go. It’s a thrill in this bustling world in which we live.

What is Joomla? What makes it so popular?