Login
We pay for content
Solutions
Selection and comparison of IT productPrice calculatorROI calculatorsBonus for reference
Catalogs
ProductsDeploymentsCompaniesDEALSCategories
For VendorsBlog
B2B platform for IT buyers, vendors and suppliersCategoriesServicesSoftware DevelopmentCustom Software DevelopmentMacOS Development 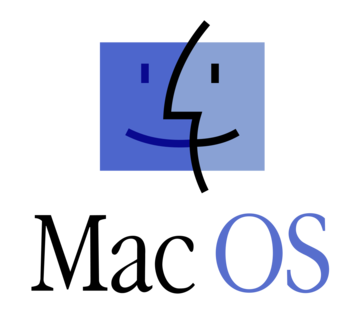 The key to great app development lies in having a solid foundation, ideally laid in having a good operating system, to begin with on which your app will stand on and initiate all its operations. For a long time, Windows was the dominating operating system of the nineties.

Why Should You Use Mac OS X in App Development? A reason for this system’s stagnation in progress is the brand’s fear in offending its corporate clients; therefore every tech change has to be introduced painfully slowly so as to be assimilated by its clients.

The beauty of MAC OS X built-in firewall is that it operates out the box, while at the same time being highly flexible. While MAC users should ideally remain vigilant about foreign files and consequentially never allow them into the system by giving them an admin pass, they then do not need special software to block out these viruses.

MAC OS interface is simple, you can pin as many apps as possible to dock at the bottom of your screen, plus they are always available to you. Besides this, you can run multiple desktops, make use of your iCloud chain to decipher your credit card information, share various files wirelessly through Airdrop, and still monitor the operating system via a set of in-built high-grade utility tools.

The system also has a rapid start-up resume time. All this is essentially made possible by MAC OS powerful stability. Even though systemic degradation is expected over time, as is the case with just about every operating system, the rate is significantly reduced on MAC products and freezing and crashing are not a common everyday occurrence as is the case with a few operating systems.

MAC’s impressive reliability can be primarily attributed to the fact that the operating system was built from the ground up. Apple essentially controls the production of its software and hardware products from start to finish, and so every part of the system is designed and tested out to work cohesively together.

Those who complain that Apple forces its consumers to use its proprietary software couldn’t be more misguided. MAC OS automatically recognizes and works well with other Apple products including iPads, iPhones, etc.

The most popular products in category MacOS Development All category products

What is Mac OS X?

Mac OS X is an operating system created by Apple for Mac computers (the first version was introduced in 2001), which replaced the then outdated Mac OS 9.

This is a POSIX-compatible system, that is, all Unix operations can be performed in it. Built on the basis of the XNU core with the Aqua graphical interface.

Starting with version 10.8 it is called OS X.

What are the advantages of macOS?

As macOS is the second most used operating system and has fewer active users so it has fewer virus attacks also. The other reason for virus safety is its UNIX relationship which is more secure than Windows OS.

Mac users get a good response from their support team as compared to other operating systems. Apple has skilled engineers which help the user in fixing the issues in their hardware and software.

Similar GUI for all the products:

As Apple makes both hardware and software so it’s hardware communication is very efficient and it improves performance. The operating system and hardware work great. Apple computer has a longer life than other computers. The battery timing of mac laptops is also longer.

You can run the Windows operating system if you have macOS installed by using Bootcamp or parallels software.

What are the disadvantages of macOS?

The minimum cost of a Mac PC is higher than $1000. You can get a good Windows PC at $1000 with more hardware specifications.

Most game developers prefer to make games for the Windows OS because they have more percentages of users. Mac users have fewer games available. Also, mac computers have low graphics capability to run high graphics games. There is some software that is available for Windows and not available for mac users e.g. adobe premiere pro etc.

If you buy any Mac computer/laptop then you cannot change its hardware parts like processor, graphics card, etc. For some mac computers, you can change hardware and RAM but it is not for all mac computers. It is also not possible to change other hardware accessories like internal computer parts, the only choice you have is to buy a new mac computer. On every major release of your operating system you have to change your computer else 50% of your operating system features not work.

macOS can read NTFS and FAT Windows format but Windows cannot read the macOS file system. You need to install 3rd party software in Windows to do so. Some other software like footnotes has compatibility issues while moving files from macOS to Windows.

The new version of macOS computer supports fewer USB ports and they also not shipped with CD/DVD writer.