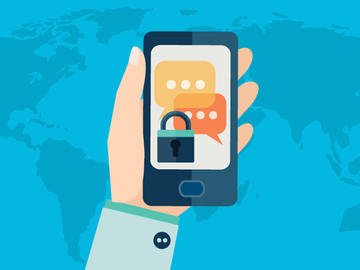 Messaging security is a subcategory of unified threat management (UTM) focused on securing and protecting an organization’s communication infrastructure. Communication channels can include email software, messaging apps, and social network IM platforms. This extra layer of security can help secure devices and block a wider range of viruses or malware attacks.

Oftentimes, attackers aim to gain access to an entire network or system by infiltrating the messaging infrastructure. Implementing proper data and message security can minimize the chance of data leaks and identity theft.

Two modern methods of encryption are the Public Key (Asymmetric) and the Private Key (Symmetric) methods. While these two methods of encryption are similar in that they both allow users to encrypt data to hide it from the prying eyes of outsiders and then decrypt it for viewing by an authorized party, they differ in how they perform the steps involved in the process.

Email security message can rely on public-key cryptography, in which users can each publish a public key that others can use to encrypt messages to them, while keeping secret a private key they can use to decrypt such messages or to digitally encrypt and sign messages they send.

Encrypted messaging systems must be encrypted end-to-end, so that even the service provider and its staff are unable to decipher what’s in your communications. Ideal solutions is “server-less” encrypted chat where companies won’t store user information anywhere.

In a more general sense, users of unsecured public Wi-Fi should also consider using a Virtual Private Network (VPN) application, to conceal their identity and location from Internet Service Providers (ISPs), higher level surveillance, and the attentions of hackers.

The most popular products in category Messaging Security All category products 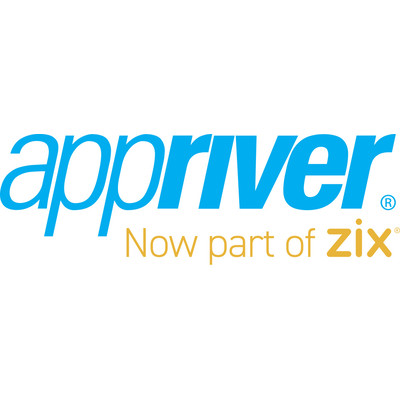 AppRiver is a channel-first provider of cloud-based cybersecurity and productivity services, with a 4,500-strong reseller community that... Read more
Vendor, Supplier
1

What is messaging security?

What are Signal, Wire and LINE messenger security apps like ?

Secure private messenger is a messaging application that emphasizes the privacy and of users using encryption and service transparency. While every modern messenger system is using different security practices (most prominently SSL/HTTPS) - the difference between secure and classic messengers is what we don’t know in the scope of implementation and  approach to user data.

Message access control and secure messengers evolved into a distinct category due to the growing awareness that communication over the internet is accessible by third parties, and reasonable concerns that the messages can be used against the users.

Why secure communication is essential for business?

In the context of business operation, communication is a vital element of maintaining an efficient and dynamic working process. It lets you keep everything up to date and on the same page. And since many things are going on at the same time - tools like messengers are one of the many helpers that make the working day a little more manageable.

Some of the information, like employee and customer data, proprietary information, data directly linked to business performance or future projections, may be strictly under a non-disclosure agreement. Without proper text message authentication in information security or encryption, it remains vulnerable to exposure. The chances are slim, but the possibility remains.

And there are people interested in acquiring that sensitive information, people who like to play dirty because getting a competitive advantage is a decent motivation to go beyond the law. And when private conversations leak, especially the business-related ones - the impact is comparable with the Titanic hitting an iceberg.

Encrypted massages in messenger prevents this from happening.