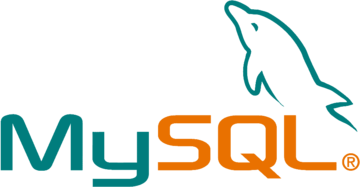 MySQL is an open-source relational database management system (RDBMS). Its name is a combination of "My", the name of co-founder Michael Widenius's daughter, and "SQL", the abbreviation for Structured Query Language.

MySQL is free and open-source software under the terms of the GNU General Public License, and is also available under a variety of proprietary licenses. MySQL was owned and sponsored by the Swedish company MySQL AB, which was bought by Sun Microsystems (now Oracle Corporation). In 2010, when Oracle acquired Sun, Widenius forked the open-source MySQL project to create MariaDB.

MySQL is a component of the LAMP web application software stack (and others), which is an acronym for Linux, Apache, MySQL, Perl/PHP/Python. MySQL is used by many database-driven web applications, including Drupal, Joomla, phpBB, and WordPress. MySQL is also used by many popular websites, including Facebook, Flickr, MediaWiki, Twitter, and YouTube.

The MySQL server software itself and the client libraries use dual-licensing distribution. They are offered under GPL version 2, or a proprietary license.

Support can be obtained from the official manual. Free support additionally is available in different IRC channels and forums. Oracle offers paid support via its MySQL Enterprise products. They differ in the scope of services and in price. Additionally, a number of third party organisations exist to provide support and services, including MariaDB and Percona.

MySQL has received positive reviews, and reviewers noticed it "performs extremely well in the average case" and that the "developer interfaces are there, and the documentation (not to mention feedback in the real world via Web sites and the like) is very, very good". It has also been tested to be a "fast, stable and true multi-user, multi-threaded sql database server".

The most popular products in category MySQL Development All category products

MySQL is a database management system.

A database is a structured collection of data. It may be anything from a simple shopping list or a picture gallery or the vast amounts of information in a corporate network. To add, access, and process data stored in a computer database, you need a database management system such as MySQL Server. Since computers are very good at handling large amounts of data, database management plays a central role in computing, as stand-alone utilities, or as parts of other applications.

A relational database stores data in separate tables rather than putting all the data in one big storeroom. This adds speed and flexibility. The tables are linked by defined relations making it possible to combine data from several tables on request. The SQL part of "MySQL" stands for "Structured Query Language" the most common standardised language used to access databases.

MySQL, the most popular Open Source SQL database, is developed and provided by MySQL AB. The MySQL web site ( www.mysql.com ) provides the latest information about MySQL software and MySQL AB.

Why do I need MySQL?

If you have any information such as products, dates, customers, pictures, or any data that is not static, a database is an efficient way to manage that information. Sites that contain message boards, guest books, dynamic galleries, contact lists, or online product information can greatly benefit by storing their information on our fast, reliable and secure database server.