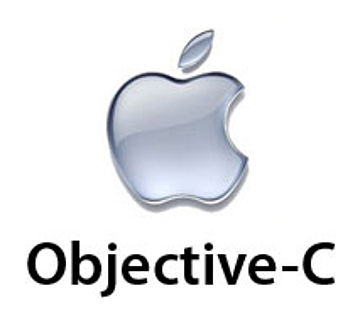 The language was originally developed in the early 1980s. It was later selected as the main language used by NeXT for its NeXTSTEP operating system, from which macOS and iOS are derived. Portable Objective-C programs that do not use Apple libraries, or those using parts that may be ported or reimplemented for other systems, can also be compiled for any system supported by GNU Compiler Collection (GCC) or Clang.

Objective-C was invented in the early 1980s as a means to add Object-Oriented programming capabilities to C. The inventors, Brad Cox and Tom Love, thought that Smalltalk (an early OO language) could provide the tools needed for truly re-usable code and for creating development environments for systems developers.

Cox began by writing a pre-processor for C that allowed for the inclusion of Smalltalk-like code, which would then be rendered into compilable C. This turned into a fully-Object-Oriented C extension.

Objective-C was eventually fully defined and described in the book Object-Oriented Programming: An Evolutionary Approach.

NeXT licensed Objective-C in 1988 and developed several tools based on it. These tools eventually became (after several intermediate steps) the Cocoa development environment, which is used by several Apple systems: Mac OS X, iOS, Apple WatchOS.

For several years now, apps are written for one of these Apple operating systems needed to be written (or compiled to, or run on top of) Objective-C. That situation is changing now as Apple moves its platform to Swift.

In addition to Cocoa, Objective-C is also used in the GNUstep platform, which can run on Linux, Unix, BSD, and Windows environment, and which closely mirrors Cocoa.

The most popular products in category ObjectiveC Development All category products

OOP means Object Oriented Programming; it is a type of programming technique that helps to manage a set of objects in a system.  With the help of various programming languages, this method helps to develop several computer programs and applications.

What Objective-C program consists of?

The objective-c program basically consists of: