Login
We pay for content
Solutions
Selection and comparison of IT productPrice calculatorROI calculatorsBonus for reference
Catalogs
ProductsDeploymentsCompaniesDEALSCategories
For VendorsBlog
B2B platform for IT buyers, vendors and suppliersCategories
Penetration Testing 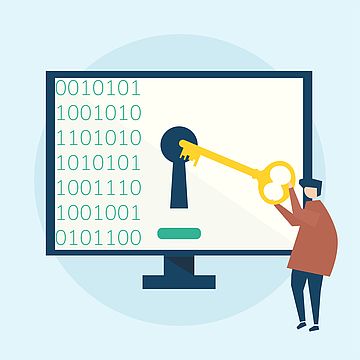 A penetration test, colloquially known as a pen test, pentest or ethical hacking, is an authorized simulated cyberattack on a computer system, performed to evaluate the security of the system.

Standard penetration test is performed to identify both weaknesses (also referred to as vulnerabilities), including the potential for unauthorized parties to gain access to the system's features and data, as well as strengths, enabling a full risk assessment to be completed.

The main objective of system penetration testing is to identify security weaknesses. Vulnerability testing can also be used to test an organization's security policy, its adherence to compliance requirements, its employees' security awareness and the organization's ability to identify and respond to security incidents.

Typically,professional penetration testingprovides information about security weaknesses that are identified or exploited through pen testing is aggregated and provided to the organization's IT and network system managers, enabling them to make strategic decisions and prioritize remediation efforts.

A wide variety of software security testing tools are available to assist with penetration testing, including free-of-charge, free software, and commercial software. Penetration tools scan code in order to identity malicious code in applications that could result in a security breach. Pen testing tools examine data encryption techniques and can identify hard-coded values, such as usernames and passwords, to verify security vulnerabilities in the system.

Here are several of the main vulnerability penetration testing approaches:

The most popular products in category Penetration Testing All category products

What Is Penetration Testing?

There is a considerable amount of confusion in the industry regarding the differences between vulnerability assessment and penetration testing tool,as the two phrases are commonly interchanged. However, their meaning and implications are very different. A vulnerability assessment simply identifies and reports noted vulnerabilities, whereas a pentest attempts to exploit the vulnerabilities to determine whether unauthorized access or other malicious activity is possible. Penetration testing typically includes network penetration testing and web application security testing as well as controls and processes around the networks and applications, and should occur from both outside the network trying to come in (external testing) and from inside the network.

What is a pentesting tool ?

Penetration tools are used as part testing to automate certain tasks, improve testing efficiency and discover issues that might be difficult to find using manual analysis techniques alone. Two common penetration testing tools are static analysis tools and dynamic analysis tools. Tools for attack include software designed to produce brute-force attacks or SQL injections. There is also hardware specifically designed for pen testing, such as small inconspicuous boxes that can be plugged into a computer on the network to provide the hacker with remote access to that network. In addition, an ethical hacker may use social engineering techniques to find vulnerabilities. For example, sending phishing emails to company employees, or even disguising themselves as delivery people to gain physical access to the building.

What are the benefits of penetration testing?