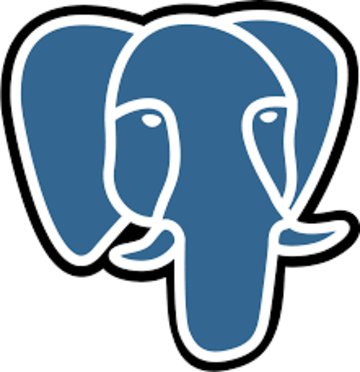 PostgreSQL, also known as Postgres, is a free and open-source relational database management system (RDBMS) emphasizing extensibility and technical standards compliance. It is designed to handle a range of workloads, from single machines to data warehouses or Web services with many concurrent users. It is the default database for macOS Server, and is also available for Linux, FreeBSD, OpenBSD, and Windows.

PostgreSQL's developers pronounce PostgreSQL as /ˈpoʊstɡrɛs ˌkjuː ˈɛl/. It is abbreviated as Postgres because of ubiquitous support for the SQL standard among relational databases. Originally named POSTGRES, the name (Post Ingres) refers to the project's origins in that RDBMS that originated at University of California, Berkeley. After a review the PostgreSQL Core Team announced in 2007 that the product would continue to use the name PostgreSQL.

PostgreSQL manages concurrency through multiversion concurrency control (MVCC), which gives each transaction a "snapshot" of the database, allowing changes to be made without affecting other transactions. This largely eliminates the need for read locks, and ensures the database maintains ACID principles. PostgreSQL offers three levels of transaction isolation: Read Committed, Repeatable Read and Serializable. Because PostgreSQL is immune to dirty reads, requesting a Read Uncommitted transaction isolation level provides read committed instead. PostgreSQL supports full serializability via the serializable snapshot isolation (SSI) method.

PostgreSQL is available for the following operating systems: Linux (all recent distributions), 64-bit installers available for macOS (OS X) version 10.6 and newer – Windows (with installers available for 64-bit version; tested on latest versions and back to Windows 2012 R2, while for PostgreSQL version 10 and older a 32-bit installer is available and tested down to 32-bit Windows 2008 R1; compilable by e.g. Visual Studio, version 2013 up up to most recent 2019 version) – FreeBSD, OpenBSD, NetBSD, AIX, HP-UX, Solaris, and UnixWare; and not officially tested: DragonFly BSD, BSD/OS, IRIX, OpenIndiana, OpenSolaris, OpenServer, and Tru64 UNIX. Most other Unix-like systems could also work; most modern do support.

PostgreSQL works on any of the following instruction set architectures: x86 and x86-64 on Windows and other operating systems; these are supported on other than Windows: IA-64 Itanium (external support for HP-UX), PowerPC, PowerPC 64, S/390, S/390x, SPARC, SPARC 64, ARMv8-A (64-bit) and older ARM (32-bit, including older such as ARMv6 in Raspberry Pi), MIPS, MIPSel, and PA-RISC. It was also known to work, but not tested in a while, on Alpha (dropped in 9.5), M68k, M32R, NS32k, and VAX. Beyond these, it is possible to build PostgreSQL for an unsupported CPU by disabling spinlocks.

The most popular products in category PostgreSQL Development All category products

PostgreSQL development is performed by a team of mostly volunteer developers spread throughout the world and communicating via the Internet. It is a community project and is not controlled by any company.

Postgres is a widely-used nickname for PostgreSQL. It was the original name of the project at Berkeley and is strongly preferred over other nicknames. If you find 'PostgreSQL' hard to pronounce, call it 'Postgres' instead.

If you are looking for a PostgreSQL gatekeeper, central committee, or controlling company, give up --- there isn't one. We do have a core committee and git committers, but these groups are more for administrative purposes than control. The project is directed by the community of developers and users, which anyone can join. All you need to do is subscribe to the mailing lists and participate in the discussions.

Who is the PostgreSQL Global Development Group?

The "PGDG" is an international, unincorporated association of individuals and companies who have contributed to the PostgreSQL project. The PostgreSQL Core Team generally act as spokespeople for the PGDG.

Who is the PostgreSQL Core Team?

A committee of five to seven (currently six) senior contributors to PostgreSQL who do the following for the project: (a) set release dates, (b) handle confidential matters for the project, (c) act as spokespeople for the PGDG when required, and (d) arbitrate community decisions which are not settled by consensus. The current Core Team is listed on top of the contributor's page.

What about the various PostgreSQL foundations?

While the PostgreSQL project utilizes non-profit corporations in the USA, Europe, Brazil, and Japan for fundraising and project coordination, these entities do not own the PostgreSQL code.

What is the license of PostgreSQL?

PostgreSQL is distributed under a license similar to BSD and MIT. Basically, it allows users to do anything they want with the code, including reselling binaries without the source code. The only restriction is that you not hold us legally liable for problems with the software. There is also the requirement that this copyright appears in all copies of the software.