Login
We pay for content
Solutions
Selection and comparison of IT productPrice calculatorROI calculatorsBonus for reference
Catalogs
ProductsDeploymentsCompaniesDEALSCategories
For VendorsBlog
B2B platform for IT buyers, vendors and suppliersCategoriesServicesSoftware DevelopmentWeb DevelopmentPython Development 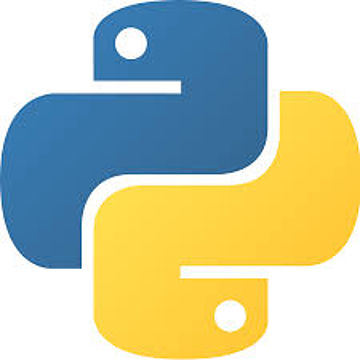 Python is dynamically typed and garbage-collected. It supports multiple programming paradigms, including procedural, object-oriented, and functional programming. Python is often described as a "batteries included" language due to its comprehensive standard library.

Python was conceived in the late 1980s as a successor to the ABC language. Python 2.0, released in 2000, introduced features like list comprehensions and a garbage collection system capable of collecting reference cycles. Python 3.0, released in 2008, was a major revision of the language that is not completely backward-compatible, and much Python 2 code does not run unmodified on Python 3.

The Python 2 language, i.e. Python 2.7.x, was officially discontinued on 1 January 2020 (first planned for 2015) after which security patches and other improvements will not be released for it. With Python 2's end-of-life, only Python 3.5.x and later are supported.

Python interpreters are available for many operating systems. A global community of programmers develops and maintains CPython, an open source reference implementation. A non-profit organization, the Python Software Foundation, manages and directs resources for Python and CPython development.

Python's design offers some support for functional programming in the Lisp tradition. It has filter, map, and reduce functions; list comprehensions, dictionaries, sets, and generator expressions. The standard library has two modules (itertools and functools) that implement functional tools borrowed from Haskell and Standard ML.

The most popular products in category Python Development All category products

Python is an interpreted, interactive, object-oriented programming language. It incorporates modules, exceptions, dynamic typing, very high level dynamic data types, and classes. Python combines remarkable power with very clear syntax. It has interfaces to many system calls and libraries, as well as to various window systems, and is extensible in C or C++. It is also usable as an extension language for applications that need a programmable interface. Finally, Python is portable: it runs on many Unix variants, on the Mac, and on Windows 2000 and later.

What is the Python Software Foundation?

The Python Software Foundation is an independent non-profit organization that holds the copyright on Python versions 2.1 and newer. The PSF’s mission is to advance open source technology related to the Python programming language and to publicize the use of Python. The PSF’s home page is at https://www.python.org/psf/.

Are there copyright restrictions on the use of Python?

You can do anything you want with the source, as long as you leave the copyrights in and display those copyrights in any documentation about Python that you produce. If you honor the copyright rules, it’s OK to use Python for commercial use, to sell copies of Python in source or binary form (modified or unmodified), or to sell products that incorporate Python in some form. We would still like to know about all commercial use of Python, of course.

What is Python good for?

Python is a high-level general-purpose programming language that can be applied to many different classes of problems.