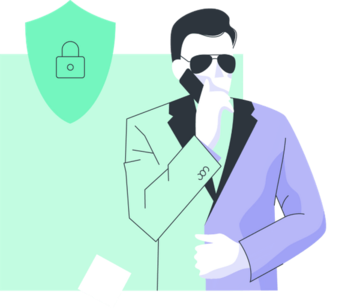 With many communications taking place over long distances and mediated by technology, and increasing awareness of the importance of interception issues, technology, and its compromise are at the heart of this debate.

Encryption is a method in which data is rendered hard to read by an unauthorized party. Since encryption methods are created to extremely hard to break, many communication methods either use deliberately weaker encryption than possible or have backdoors inserted to permit rapid decryption. In some cases, government authorities have required backdoors to be installed in secret. Many methods of encryption are also subject to "man in the middle" attack whereby a third party who can 'see' the establishment of the secure communication is made privy to the encryption method, this would apply for example to the interception of computer use at an ISP. Provided it is correctly programmed, sufficiently powerful, and the keys not intercepted, encryption would usually be considered secure.

Encryption can be implemented in a way that requires the use of encryption, i.e. if encrypted communication is impossible then no traffic is sent, or opportunistically. Opportunistic encryption is a lower security method to generally increase the percentage of generic traffic which is encrypted. This is analogous to beginning every conversation with "Do you speak Navajo?" If the response is affirmative, then the conversation proceeds in Navajo, otherwise, it uses the common language of the two speakers. This method does not generally provide authentication or anonymity but it does protect the content of the conversation from eavesdropping.

An Information-theoretic security technique known as physical layer encryption ensures that a wireless communication link is provably secure with communications and coding techniques.

Steganography ("hidden writing") is also the means by which data can be hidden within other more innocuous data. Thus a watermark proving ownership embedded in the data of a picture, in such a way it is hard to find or remove unless you know how to find it. Or, for communication, the hiding of important data (such as a telephone number) in apparently innocuous data (an MP3 music file). An advantage of steganography is plausible deniability, that is unless one can prove the data is there (which is usually not easy), it is deniable that the file contains any.

Recently, anonymous networking also has been used to secure communications. In principle, a large number of users running the same system can have communications routed between them in such a way that it is very hard to detect what the complete message is, which user sent it, and where it is ultimately coming from or going to. Examples are Crowds, Tor, I2P, Mixminion, various anonymous P2P networks, and others.

Anonymous communication devices are also one of the tools to obtain security.  In theory, an unknown device would not be noticed, since so many other devices are in use. This is not altogether the case in reality, due to the presence of systems such as Carnivore and Echelon, which can monitor communications over entire networks and the fact that the far end may be monitored as before. Examples include payphones, Internet cafes, etc.

The most popular products in category Secure Communications All category products

What are the types of security?

Security can be broadly categorized under the following headings, with examples:

2. Hiding the parties to a communication – preventing identification, promoting anonymity

Each of the three is important, and depending on the circumstances any of these may be critical. For example, if a communication is not readily identifiable, then it is unlikely to attract attention for identification of parties, and the mere fact communication has taken place (regardless of content) is often enough by itself to establish an evidential link in legal prosecutions. It is also important with computers, to be sure where the security is applied, and what is covered.

What are the methods used to "break" security?

The placing covertly of monitoring and/or transmission devices either within the communication device, or in the premises concerned.

Any security obtained from a computer is limited by the many ways it can be compromised – by hacking, keystroke logging, backdoors, or even in extreme cases by monitoring the tiny electrical signals given off by keyboard or monitors to reconstruct what is typed or seen (TEMPEST, which is quite complex).

Sounds, including speech, inside rooms, can be sensed by bouncing a laser beam off a window of the room where a conversation is held and detecting and decoding the vibrations in the glass caused by the sound waves.

What are the systems offering partial security?

Anonymous cellphones. Cellphones can easily be obtained, but are also easily traced and "tapped". There is no (or only limited) encryption, the phones are traceable – often even when switched off – since the phone and SIM card broadcast their International Mobile Subscriber Identity (IMSI). It is possible for a cellphone company to turn on some cellphones when the user is unaware and use the microphone to listen in on you, and according to James Atkinson, a counter-surveillance specialist cited in the same source, "Security-conscious corporate executives routinely remove the batteries from their cell phones" since many phones' software can be used "as-is", or modified, to enable transmission without user awareness and the user can be located within a small distance using signal triangulation and now using built-in GPS features for newer models. Transceivers may also be defeated by jamming or Faraday cage.

Some cellphones (Apple's iPhone, Google's Android) track and store users' position information so that movements for months or years can be determined by examining the phone.

Landlines. Analog landlines are not encrypted, it lends itself to being easily tapped. Such tapping requires physical access to the line which can be easily obtained from a number of places, e.g. the phone location, distribution points, cabinets and the exchange itself. Tapping a landline in this way can enable an attacker to make calls that appear to originate from the tapped line.

Anonymous Internet. Using a third-party system of any kind (payphone, Internet cafe) is often quite secure, however, if that system is used to access known locations (a known email account or 3rd party) then it may be tapped at the far end, or noted, and this will remove any security benefit obtained. Some countries also impose mandatory registration of Internet cafe users.

Anonymous proxies are another common type of protection, which allows one to access the net via a third party (often in a different country) and make tracing difficult. Note that there is seldom any guarantee that the plaintext is not tappable, nor that the proxy does not keep its own records of users or entire dialogs. As a result, anonymous proxies are a generally useful tool but may not be as secure as other systems whose security can be better assured. Their most common use is to prevent a record of the originating IP, or address, being left on the target site's own records. Typical anonymous proxies are found at both regular websites such as Anonymizer.com and spynot.com, and on proxy sites which maintain up to date lists of large numbers of temporary proxies in operation.

A recent development on this theme arises when wireless Internet connections ("Wi-Fi") are left in their unsecured state. The effect of this is that any person in range of the base unit can piggyback the connection – that is, use it without the owner being aware. Since many connections are left open in this manner, situations where piggybacking might arise (willful or unaware) have successfully led to a defense in some cases, since it makes it difficult to prove the owner of the connection was the downloader or had knowledge of the use to which unknown others might be putting their connection. An example of this was the Tammie Marson case, where neighbors and anyone else might have been the culprit in the sharing of copyright files. Conversely, in other cases, people deliberately seek out businesses and households with unsecured connections, for illicit and anonymous Internet usage, or simply to obtain free bandwidth.

Secure email – some email networks are designed to provide encrypted and/or anonymous communication. They authenticate and encrypt on the users own computer, to prevent transmission of plain text, and mask the sender and recipient. Mixminion and I2P-Bote provide a higher level of anonymity by using a network of anonymizing intermediaries, similar to how Tor works, but at a higher latency.

IRC and webchat – Some IRC clients and systems use client-to-server encryption such as SSL/TLS. This is not standardized.