Login
We pay for content
Solutions
Selection and comparison of IT productPrice calculatorROI calculatorsBonus for reference
Catalogs
ProductsDeploymentsCompaniesDEALSCategories
For VendorsBlog
B2B platform for IT buyers, vendors and suppliersCategories
Spelling Check Systems 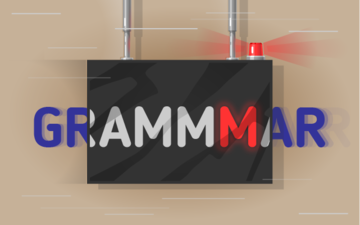 In software, a spell checker (or spell check) is a software feature that checks for misspellings in a text. Spell-checking features are often embedded in software or services, such as a word processor, email client, electronic dictionary, or search engine.

A basic spell checker carries out the following processes:

It is unclear whether morphological analysis — allowing for many different forms of a word depending on its grammatical role—provides a significant benefit for English, though its benefits for highly synthetic languages such as German, Hungarian or Turkish are clear.

As an adjunct to these components, the program's user interface will allow users to approve or reject replacements and modify the program's operation.

An alternative type of spell checker uses solely statistical information, such as n-grams, to recognize errors instead of correctly-spelled words. This approach usually requires a lot of effort to obtain sufficient statistical information. Key advantages include needing less runtime storage and the ability to correct errors in words that are not included in a dictionary.

In some cases spell checkers use a fixed list of misspellings and suggestions for those misspellings; this less flexible approach is often used in paper-based correction methods, such as the see also entries of encyclopedias.

Clustering algorithms have also been used for spell checking combined with phonetic information.

What is the functionality of spelling check systems?

The first spell checkers were "verifiers" instead of "correctors." They offered no suggestions for incorrectly spelled words. This was helpful for typos but it was not so helpful for logical or phonetic errors. The challenge the developers faced was the difficulty in offering useful suggestions for misspelled words. This requires reducing words to a skeletal form and applying pattern-matching algorithms.

It might seem logical that where spell-checking dictionaries are concerned, "the bigger, the better," so that correct words are not marked as incorrect. In practice, however, an optimal size for English appears to be around 90,000 entries. If there are more than this, incorrectly spelled words may be skipped because they are mistaken for others. For example, a linguist might determine on the basis of corpus linguistics that the word baht is more frequently a misspelling of bath or bat than a reference to the Thai currency. Hence, it would typically be more useful if a few people who write about Thai currency were slightly inconvenienced than if the spelling errors of the many more people who discuss baths were overlooked.

The first MS-DOS spell checkers were mostly used in proofing mode from within word processing packages. After preparing a document, a user scanned the text looking for misspellings. Later, however, batch processing was offered in such packages as Oracle's short-lived CoAuthor and allowed a user to view the results after a document was processed and correct only the words that were known to be wrong. When memory and processing power became abundant, spell checking was performed in the background in an interactive way, such as has been the case with the Sector Software produced Spellbound program released in 1987 and Microsoft Word since Word 95.

In recent years, spell checkers have become increasingly sophisticated; some are now capable of recognizing simple grammatical errors. However, even at their best, they rarely catch all the errors in a text (such as homophone errors) and will flag neologisms and foreign words as misspellings. Nonetheless, spell checkers can be considered as a type of foreign language writing aid that non-native language learners can rely on to detect and correct their misspellings in the target language.

English is unusual in that most words used in formal writing have a single spelling that can be found in a typical dictionary, with the exception of some jargon and modified words. In many languages, words are often concatenated into new combinations of words. In German, compound nouns are frequently coined from other existing nouns. Some scripts do not clearly separate one word from another, requiring word-splitting algorithms. Each of these presents unique challenges to non-English language spell checkers.

There has been researched on developing algorithms that are capable of recognizing a misspelled word, even if the word itself is in the vocabulary, based on the context of the surrounding words. Not only does this allow words such as those in the poem above to be caught, but it mitigates the detrimental effect of enlarging dictionaries, allowing more words to be recognized. For example, baht in the same paragraph as Thai or Thailand would not be recognized as a misspelling of a bath. The most common example of errors caught by such a system are homophone errors, such as the bold words in the following sentence:

Their coming too sea if its reel.

Grammar checkers attempt to fix problems with grammar beyond spelling errors, including incorrect choice of words.