Login
We pay for content
Solutions
Selection and comparison of IT productPrice calculatorROI calculatorsBonus for reference
Catalogs
ProductsDeploymentsCompaniesDEALSCategories
For VendorsBlog
B2B platform for IT buyers, vendors and suppliersCategories
Translation Memory 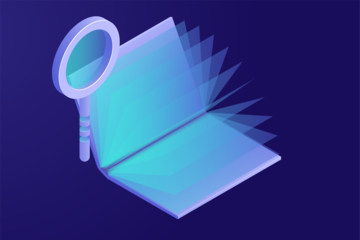 A translation memory (TM) is a database that stores "segments", which can be sentences, paragraphs or sentence-like units (headings, titles or elements in a list) that have previously been translated, in order to aid human translators. The translation memory stores the source text and its corresponding translation in language pairs called “translation units”. Individual words are handled by terminology bases and are not within the domain of TM.

Research indicates that many companies producing multilingual documentation are using translation memory software. In a survey of language professionals in 2006, 82.5% out of 874 replies confirmed the use of a TM. Usage of TM correlated with text type characterised by technical terms and simple sentence structure (technical, to a lesser degree marketing and financial), computing skills, and repetitiveness of content.

Desktop: Desktop translation memory tools are typically what individual translators use to complete translations. They are machine translation software that a freelance translator downloads and installs on his/her desktop computer.
Server-based or Centralised: Centralized translation memory systems store TM on a central server. They work together with desktop TM and can increase TM match rates by 30–60% more than the TM leverage attained by desktop TM alone.

The most popular products in category Translation Memory All category products

How does translation memory works?

Translation memory works in the background of your translation software programsl, offering sentence suggestions as you translate. Its memory consists of your previous translations and only identical or similar sentences are suggested.

The similarity between the source and target segments is indicated with percentages (100% is the perfect match) while differences are highlighted with colors. This means that somebody in the past had already translated that exact segment. There are also 101% and 102% matches, which means that not only the current segment, but also one or both of those before and/or after it are the same as stored in this TM entry.

Matches below 100% are called fuzzy matches. These are ranked from 0% to 99%. A 99% match means that the segments differ by at least one character. Matches below 70% are often considered useless and might not show up, depending on the settings.

Besides matches as such, you can use your existing translation memories for concordance searches — where you investigate if the translation memory has a certain term was translated before, if the segment as a whole wasn’t.

What are the benefits of translation memory?

Speeds up Translation: A TM offers previously translated sentences that are identical to the current translation, with differences only in numbers, tags, formatting, punctuation or spacing.
Reduces Translation Costs: Translation memory is usually the most effective with texts that include many repetitions, such as website content, games, contracts and product manuals.
Increases Translation Quality: Proactively prevent inconsistencies by storing correct phrases and sentences. It can be extremely useful when several people are working on the same text.