Login
We pay for content
Solutions
Selection and comparison of IT productPrice calculatorROI calculatorsBonus for reference
Catalogs
ProductsDeploymentsCompaniesDEALSCategories
For VendorsBlog
B2B platform for IT buyers, vendors and suppliersCategoriesServicesDesignVector Graphics Design 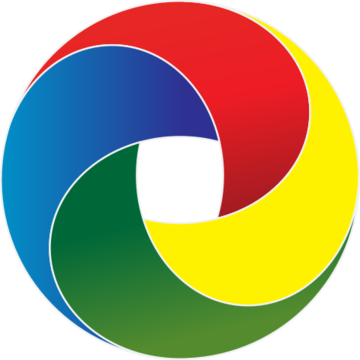 Vector graphics are computer graphics images that are defined in terms of 2D points, which are connected by lines and curves to form polygons and other shapes. Each of these points has a definite position on the x- and y-axis of the work plane and determines the direction of the path; further, each path may have various properties including values for stroke color, shape, curve, thickness, and fill. Vector graphics are commonly found today in the SVG, EPS, PDF or AI graphic file formats and are intrinsically different from the more common raster graphics file formats such as JPEG, PNG, APNG, GIF, and MPEG4.

One of the first uses of vector graphic displays was the US SAGE air defense system. Vector graphics systems were retired from the U.S. en route air traffic control in 1999, and are likely still in use in military and specialized systems. Vector graphics were also used on the TX-2 at the MIT Lincoln Laboratory by computer graphics pioneer Ivan Sutherland to run his program Sketchpad in 1963.

Subsequent vector graphics systems, most of which iterated through dynamically modifiable stored lists of drawing instructions, include the IBM 2250, Imlac PDS-1, and DEC GT40. There was a home gaming system that used vector graphics called Vectrex as well as various arcade games like Asteroids, Space Wars and many cinematronics titles such as Rip-Off, and Tail Gunner using vector monitors. Storage scope displays, such as the Tektronix 4014, could display vector images but not modify them without first erasing the display.

Modern vector graphics displays can sometimes be found at laser light shows, where two fast-moving X-Y mirrors position the beam to rapidly draw shapes and text as straight and curved strokes on a screen.

Vector graphics can be created in a form using a pen plotter, a special type of printer that uses a series of ballpoint and felt-tip pens on a servo-driven mount that moves horizontally across the paper, with the plotter moving the paper back and forth through its paper path for vertical movement. Although a typical plot might easily require a few thousand paper motions, back and forth, the paper doesn't slip. In a tiny roll-fed plotter made by Alps in Japan, teeth on thin sprockets indented the paper near its edges on the first pass and maintained registration on subsequent passes.

Some Hewlett-Packard pen plotters had two-axis pen carriers and stationery paper (plot size was limited). However, the moving-paper H-P plotters had grit wheels (akin to machine-shop grinding wheels) which, on the first pass, indented the paper surface, and collectively maintained registration.

Present-day vector graphic files such as engineering drawings are typically printed as bitmaps, after vector-to-raster conversion.

The term "vector graphics" is mainly used today in the context of two-dimensional computer graphics. It is one of several modes an artist can use to create an image on a raster display. Vector graphics can be uploaded to online databases for other designers to download and manipulate, speeding up the creative process. Other modes include text, multimedia, and 3D rendering. Virtually all modern 3D rendering is done using extensions of 2D vector graphics techniques. Plotters used in technical drawing still draw vectors directly to paper.

What Are Bitmap Images?

Bitmap images are images that are described by pixels - squares of color arranged in a grid.

What Are Vector Images?

Vector images are images described by shapes such as circles and squares, as opposed to bitmap images which are described by pixels - squares of color arranged in a grid. The shapes are precise mathematical descriptions of the image and can be scaled without becoming blurry or "pixelated" (that blocky look that bitmap/raster images so often get when scaled up).

Why Use Vector Images?

Vector images are used in most aspects of graphic design and are the preferred format for printing, both on paper and on clothes. The reason for this is that while a bitmap image can look great on the screen, which usually has a resolution of about 72 pixels/dots per inch (DPI), it will normally have to be scaled by a factor of 8 or more when printed since modern printers routinely produce resolutions of 600 pixels/dots per inch. Vector images can handle this type of scaling without any problems while bitmap images struggle with it.

Many forms of printing require vector input in order to work - flex printing and embroidery for example.

Vector images are also used on the web in for example flash animations.

What Is Tracing? Vectorization?

Tracing, also known as vectorization, is the process of converting a bitmap image to a vector image.

It can be done by hand ("hand-tracing"), or by a computer program ("auto-tracing").