Login
We pay for content
Solutions
Selection and comparison of IT productPrice calculatorROI calculatorsBonus for reference
Catalogs
ProductsDeploymentsCompaniesDEALSCategories
For VendorsBlog
B2B platform for IT buyers, vendors and suppliersCategories
Web security 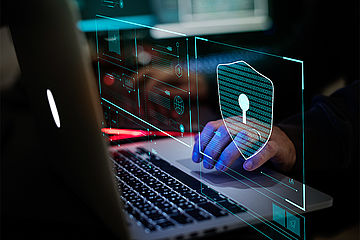 That’s exactly what web security does – it is a system of protection measures and protocols that can protect your website or web application from being hacked or entered by unauthorized personnel. This integral division of Information Security is vital to the protection of websites, web applications, and web services. Anything that is applied over the Internet should have some form of web security to protect it.

There are a lot of factors that go into web security and web protection. Any website or application that is secure is surely backed by different types of checkpoints and techniques for keeping it safe.

There are a variety of security standards that must be followed at all times, and these standards are implemented and highlighted by the OWASP. Most experienced web developers from top cybersecurity companies will follow the standards of the OWASP as well as keep a close eye on the Web Hacking Incident Database to see when, how, and why different people are hacking different websites and services.

Essential steps in protecting web apps from attacks include applying up-to-date encryption, setting proper authentication, continuously patching discovered vulnerabilities, avoiding data theft by having secure software development practices. The reality is that clever attackers may be competent enough to find flaws even in a fairly robust secured environment, and so a holistic security strategy is advised.

There are different types of technologies available for maintaining the best security standards. Some popular technical solutions for testing, building, and preventing threats include black and white box testing tools, fuzzing tools, WAF, security or vulnerability scanners, password cracking tools, and so on.

The most popular products in category Web security All category products

The name malware is short for ‘malicioussoftware’. Malware includes any software program that has been created to perform an unauthorised — and often harmful — action on a user’s device. Examples of malware include:

What is the difference between a computer virus and a worm?

Computer virus. This is a type of malicious program that can replicate itself — so that it can spread from file to file on a computer, and can also spread from one computer to another. Computer viruses are often programmed to perform damaging actions — such as corrupting or deleting data. The longer a virus remains undetected on your machine, the greater the number of infected files that may be on your computer.

Worms. Worms are generally considered to be a subset of computer viruses — but with some specific differences:

What is a Trojan virus?

A Trojan is effectively a program that pretends to be legitimate software — but, when launched, it will perform a harmful action. Unlike computer viruses and worms, Trojans cannot spread by themselves. Typically, Trojans are installed secretly and they deliver their malicious payload without the user’s knowledge.

Cybercriminals use many different types of Trojans — and each has been designed to perform a specific malicious function. The most common are:

Why are Trojan viruses called Trojans?

In Greek mythology — during the Trojan war — the Greeks used subterfuge to enter the city of Troy. The Greeks constructed a massive wooden horse — and, unaware that the horse contained Greek soldiers, the Trojans pulled the horse into the city. At night, the Greek soldiers escaped from the horse and opened the city gates — for the Greek army to enter Troy.

What is a Keylogger?

A keylogger is a program that can record what you type on your computer keyboard. Criminals use keyloggers to obtain confidential data — such as login details, passwords, credit card numbers, PINs and other items. Backdoor Trojans typically include an integrated keylogger.

Phishing is a very specific type of cybercrime that is designed to trick you into disclosing valuable information — such as details about your bank account or credit cards. Often, cybercriminals will create a fake website that looks just like a legitimate site — such as a bank’s official website. The cybercriminal will try to trick you into visiting their fake site — typically by sending you an email that contains a hyperlink to the fake site. When you visit the fake website, it will generally ask you to type in confidential data — such as your login, password or PIN.

Spyware is software that is designed to collect your data and send it to a third party — without your knowledge or consent. Spyware programs will often:

What is a Rootkit?

Rootkits are programs that hackers use in order to evade detection while trying to gain unauthorised access to a computer. Rootkits have been used increasingly as a form of stealth to hide Trojan virus activity. When installed on a computer, rootkits are invisible to the user and also take steps to avoid being detected by security software.

The fact that many people log into their computers with administrator rights — rather than creating a separate account with restricted access — makes it easier for cybercriminals to install a rootkit.

What is a Botnet?

A botnet is a network of computers controlled by cybercriminals using a Trojan virus or other malicious program.

What is a DDoS attack?

A Distributed-Denial-of-Service (DDoS) attack is similar to a DoS. However, a DDoS attack is conducted using multiple machines. Usually, for a DDoS attack, the hacker will use one security compromised computer as the ‘master’ machine that co-ordinates the attack by other ‘zombie machines’. Typically, the cybercriminal will compromise the security on the master and all of the zombie machines, by exploiting a vulnerability in an application on each computer — to install a Trojan or other piece of malicious code.

What is Web Security?