Login
We pay for content
Solutions
Selection and comparison of IT productPrice calculatorROI calculatorsBonus for reference
Catalogs
ProductsDeploymentsCompaniesDEALSCategories
For VendorsBlog
B2B platform for IT buyers, vendors and suppliersCategoriesServicesIT AdministrationNetwork Administration 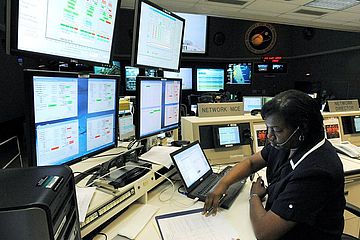 Computer networks are critical parts of almost every organization. Network and computer systems administrators are responsible for the day-to-day operation of these networks. They organize, install, and support an organization’s computer systems, including local area networks (LANs), wide area networks (WANs), network segments, intranets, and other data communication systems. Administrators manage an organization’s servers and desktop and mobile equipment. They ensure that email and data storage networks work properly. They also make sure that employees’ workstations are working efficiently and stay connected to the central computer network. In some cases, administrators help network architects design and analyze network models. They also participate in decisions about buying future hardware or software to upgrade their organization’s network. Some administrators provide technical support to computer users, and they also may supervise computer support specialists who help solve users’ problems.

As with many technical roles, network administrator positions require a breadth of technical knowledge and the ability to learn the intricacies of new networking and server software packages quickly. Within smaller organizations, the more senior role of a network engineer is sometimes attached to the responsibilities of the network administrator. It is common for smaller organizations to outsource this function.

Network computer devices that originate, route and terminate the data are called network nodes. Nodes can include hosts such as personal computers, mobile phones, servers as well as networking hardware. Two such devices can be said to be networked together when one device is able to exchange information with the other device, whether or not they have a direct connection to each other.

Computer networks support an enormous number of applications such as access to the World Wide Web, video, digital audio, shared use of application and storage servers, printers, and fax machines, and use of email and instant messaging applications as well as many others.

The most popular products in category Network Administration All category products

What is a network administrator?

A network administrator is responsible for keeping an organization’s computer network up-to-date and operating as intended. Any company or organization that uses multiple computers or software platforms need a network admin to coordinate and connect the different systems. It seems simple enough—but there’s another common IT job title that may trip you up: systems administrator.

In short — not really. But the lines can blur depending on the work environment. Careers in IT can sometimes take a page from the rules of Whose Line Is It, Anyway? — “Where the titles don’t matter and the duties are made up!” While that’s clearly a bit of an exaggeration, in many smaller organizations, the terms “network administrator” and “systems administrator” are often interchangeable as they cover the same tasks. That being said, the differences between network and systems administrators become much clearer in large organizations. The best way to differentiate between the two is to examine the type of work they do.

What are the job duties of network and systems administrators?

The duties of a network administrator will vary considerably depending on the organization they work for. Some work as broad, jack-of-all-trades generalists who cover everything from hardware setup to troubleshooting servers while others have a much narrower focus.

What skills or traits do the best network administrators possess?

Obviously, network administration positions will require substantial technical competence, but there’s more to the job than just knowing your stuff. Here are a few of the most common nontechnical abilities that will benefit you as a network administrator:

Network admins need to explore and solve problems logically and consistently. “[The] ability to take the concepts you’ve learned in school and understand how they work and affect other concepts is the bread and butter of being a network administrator,” says Brad Meyer, systems administrator at TechnologyAdvice. Even if you don’t yet know the solution, he believes thinking critically will help you get there.

Network admins juggle several projects, people and problems simultaneously. This means it’s essential to be organized in the present and looking ahead to prepare for what’s coming next. It’s like spinning plates—with a little practice, a network admin can keep everything balanced.

Network admins work with a range of people, from network engineers to help desk employees to end-users, explains IT consultant Eric Jeffery. He says bridging the gap between diverse groups of people requires patience and understanding.

A drive to learn more

The IT field is no stranger to change—and new technologies can put even well-established network admins behind the eight balls. This means the best network admins have a passion for learning as they adapt to changing tech demands. This desire to learn more is also important for the more mundane day-to-day work—inevitably you’ll encounter issues you’ve never seen before and the only solution is to start researching potential answers.

What Does a Network Administrator Do? A Behind-the-Scenes Look